As guests walked into the magnificent ballroom, the first thing that captured their attention was the huge and technically advanced stage set. Either side of the 20m screen provided by AV Partners, was our revolutionary 3D project mapping columns. These pieces were bit of a gamble in the design as they were a piece no one has worked with before. The concept behind them is that we can showcase the multimedia skills of AV Partners while making them tailored to suit the client’s requirements, in this case, futuristic urban design. These columns not only had the option of being projected onto, but we can also light them up from within and insert a custom banner, giving it a different dimension and also the choice of swapping between these options or even having them running at the same time. This ensures that the pieces are ever changing throughout the event – how far have we come from the days where we would build a giant set and keep it for the event duration!

Among the stage design, we also had an illuminated round stair case front and centre of the stage to tie in with the overall room styling and also provide ease of access to the stage area. On the stage there was the #UDIA2017 in 2m high lettering, that was back lit by AVP and painted in white, so that it was a standout on the stage. This encouraged the guests to promote the hashtag and got some great social media coverage of the event.

For the tables, the idea behind the centrepiece was to incorporate the neuron design being promoted with the new logo. We have included this look as a custom insert into the Perspex stand for each centrepiece and have LED lighting high lighting this internally. On top of the stand we included our orb lights, which match the ceiling LED orbs on each of the existing chandeliers in the ballroom.

After the formalities concluded, we had a huge bar reveal opening up at the back of the room. In the centre and the real show stopper of the piece, was our 5m high string art design, up lit in blue. In front of this was our new chrome service bars, set in an angled layout to offset the string art. Also in this area we set our illuminated hi bars and ghost stools available for guests to mingle and network while enjoying a beverage from the bar. To the sides of these were our conversation starter inflatable chesterfields, a really innovative piece of furniture, as it is super sturdy and until you take a seat you wouldn’t know that it is filled with air!

The overall look in the room was futuristic, modern and cutting edge – perfectly matching the theme of the conference.

Click through to our gallery to see more images. We also have a video of the projection mapping columns here.

Photos by The Scene Team and AV and Lighting by AV Partners. 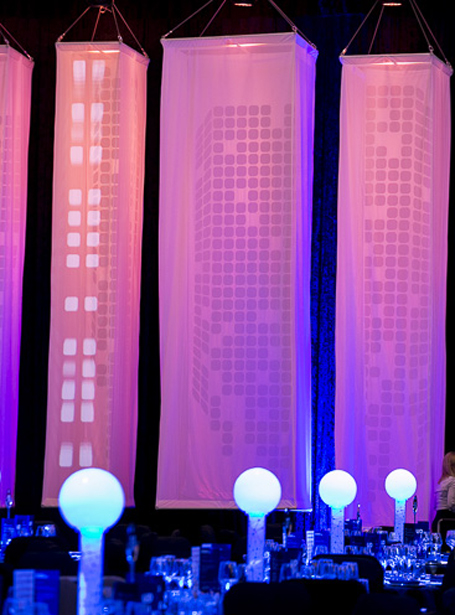 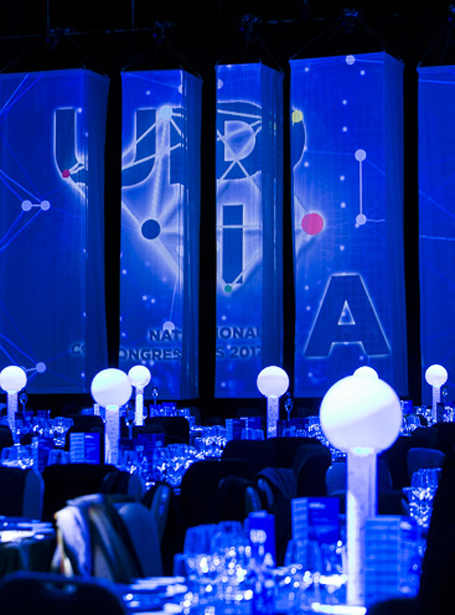 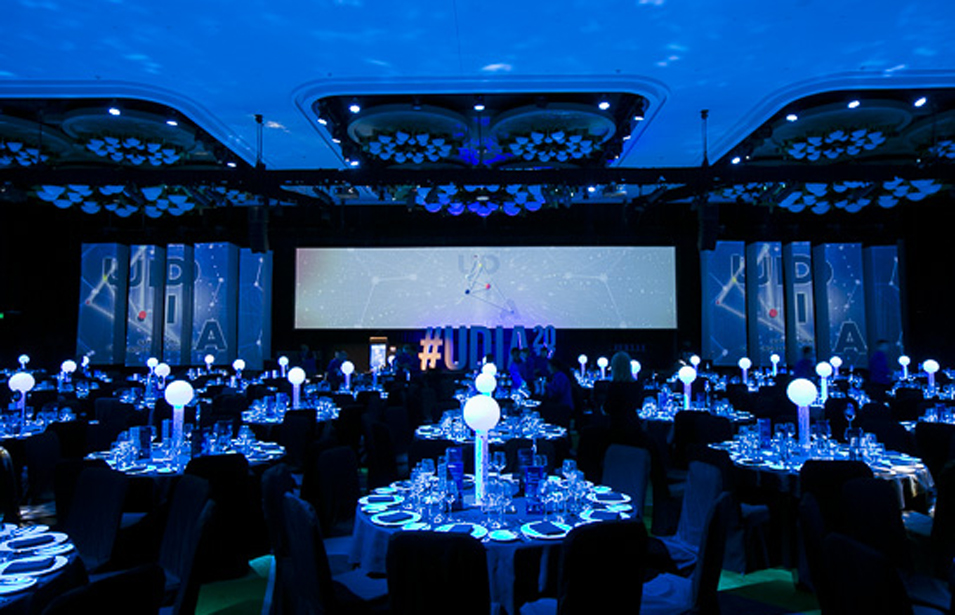 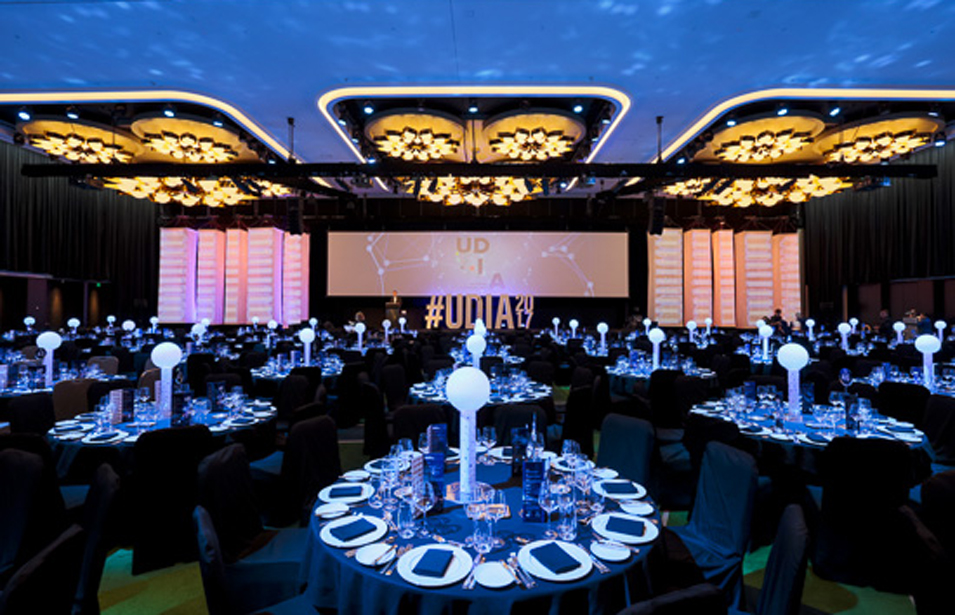 When you are planning and styling a cocktail event you always need to take into...
Read More

The velvet trend is here to stay and we couldn’t be happier.  Our velvet lounges,...
Read More

With COVID19 sweeping the globe it has meant that we all need to be more...
Read More